50 For a Reason #45 – Growing The Highland Race Series

Nicki catches up with Tracey Greer, one of the LAL management team responsible for the Highland Race Series and chats about the continued success of this great Perthshire institution. 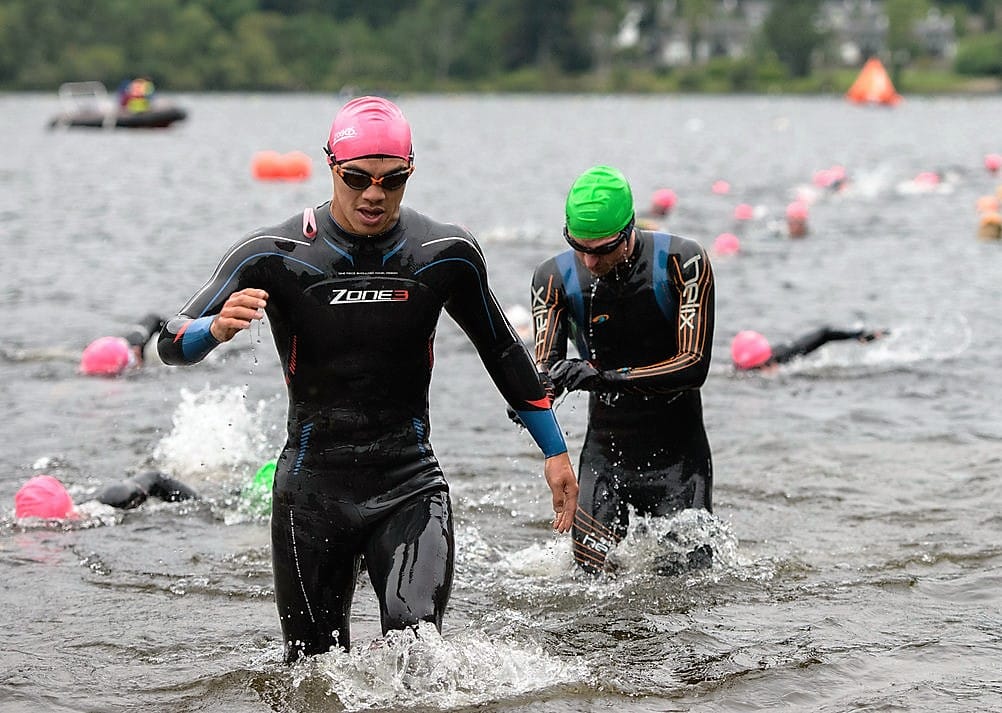 In the past week I have been fortunate enough to attend Live Active Leisure’s 50th Civic Reception and send out press around the eleventh Pitlochry 10K.  I mention these two things in tandem because one has absolutely influenced the other… and that statement is true regardless of which way round you look at it! LAL’s growth and experience has helped sustain and improve the Highland Race Series, and the success of these three main events has contributed hugely in building the reputation of the company in the Scottish sporting world.

The Pitlochry 10K is now a much-heralded close to the Highland Race Series which, as we mentioned above, is undoubtedly one of the most successful projects to come out of LAL in their 50 year history.  Dating back to the eighties, when triathlons were only really getting started in the UK, the first ever event was a Middle Distance Tri which took place in Aberfeldy.

You see, triathlon is still a relatively new sport with the first recorded event taking place in September 1974. It was organized by the San Diego Track and Field Club at Mission Bay, and consisted of 5.3-mile run, a 5-mile bike ride, and a 600 yard swim in the ocean. However, it was the first Ironman race a few years later in 1978 that captured people’s attention and fired up the multi-sport interest.

Here in Perthshire we were early adopters; the first triathlon took place on at the old Recreation Centre in Aberfeldy on Sunday 1st May 1988. This was a Standard Distance race, 1500m Pool Swim 40Km Cycle and a 10Km Run.  25 competitors started and such was the importance of that first event that it is featured in both the ’50 Years of Sport and Leisure in Perth and Kinross’ publication and the ’50 Years of Live Active Leisure’ documentary both launched this week. 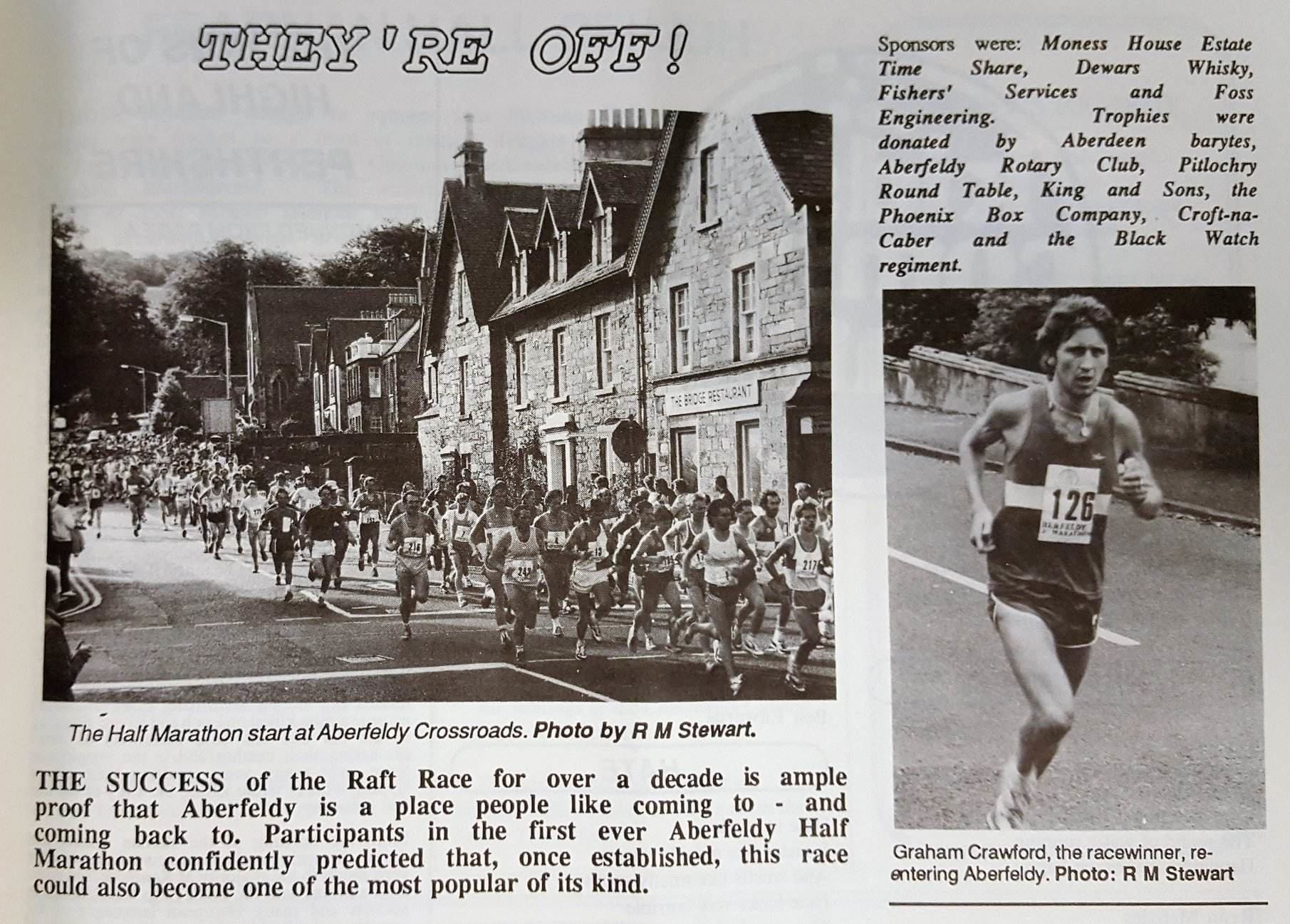 The first Ironman distance started in 1989 and it was this first open water swim in Loch Tay that put Perthshire on the map as one of the most picturesque locations for this new sporting phenomenon.  It then alternated year on year between a full distance and half distance until 2004 when the team decided to concentrate on the half Ironman which became known as the Middle Distance.

It was also decided at this time that both races merited an individual event and this, coupled with the introduction of the Pitlochry 10K in 2005, saw the birth of The Highland Race Series.

Triathlon race participation in the UK has increased by more than 300% in the past 5 years with the highest participation growth area in women over 55.  The glorious scenery and unrivalled location of Highland Perthshire had established a strong following and to this day the races remain a favourite on the Tri circuit.  In fact, in recent years the events have won a number of prestigious awards including Scottish Event of the Year 2014 and British Event of The Year 2014.

In the past two years, additional events have been added to the three original races with the programme now including a junior and youth Aquathlon in both Aberfeldy and Crieff, and a Jog Scotland 5K Challenge in Pitlochry.   This year, the overall event series finished with just shy of a staggering 1000 participants!

One of these participants was 12 year old Daniel Thomas, one of the first ever contestants to take part in the Junior Aquathlon at Crieff. 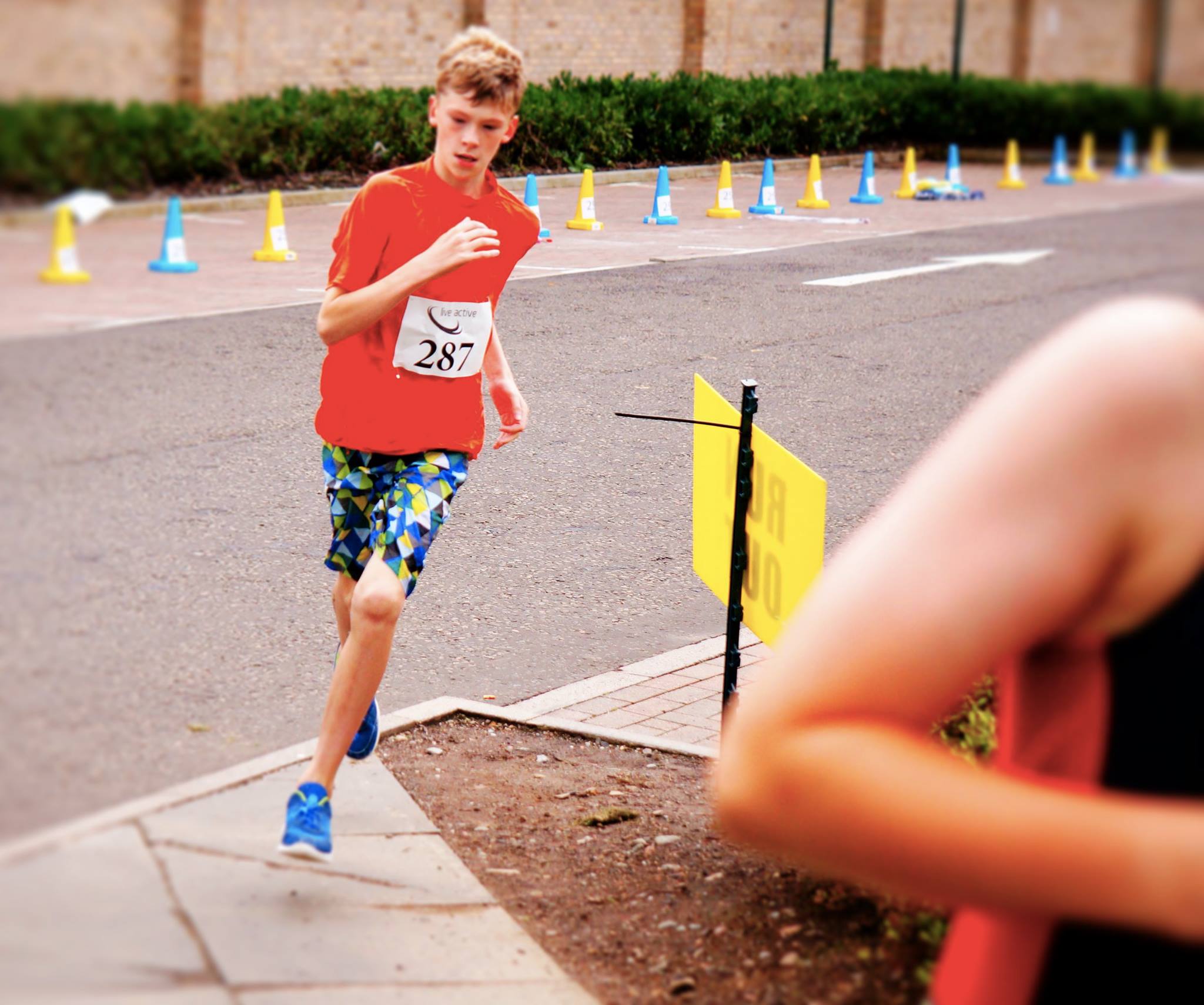 "I went to the training before the event and found it really helpful. At first, the run seemed big but was easy enough in the end. I was kind of nervous before the race obviously but when we got going I was fine. The swim was easy enough but I seemed to be the last one left in the pool! I was pretty quick in transition which was helpful as I managed to catch a few people up. The run was long but I didn't get overtaken; not sure what my final position was yet though. Well done to the people who placed in the top three. I'm now feeling quite proud of myself but also pretty tired. I can't wait for next year!"

While there has been an incredible rise in participation within multi-discipline sports across the UK, there is no doubt that the amazing volunteer support across the area has played a huge part in the success of LAL’s Race Series programme.   Ask any of the senior management team about this and they will tell you that quite simply, we would not be in a position to welcome in as many participants as we do without the wonderful volunteers in Aberfeldy and Pitlochry.

It never ceases to amaze us how much support we receive; this year the events have jointly required around 200 volunteer stewards and route safety marshals, and they have all come from the Community. It is a tremendous series, full of community spirit and an event that everyone looks forward to each and every year.

Only today, while I was in buying my loose leaf tea from the Bean Shop in Perth, I heard first-had the experience of this.  The Bean Shop entered #TeamBean with Katherine Farmer, Eva Kupska and Lorna Bruce all heading north for a Sunday of fun.  They described a town buzzing with the atmosphere of a great sporting event and from the ‘brilliant organisation’, to an espresso-fuelled start thanks to Escape Route Café and the local kids who came out to high five them on the route as they ran, they all agreed it was one of the friendliest, warmest welcomes they had ever experienced at a race. 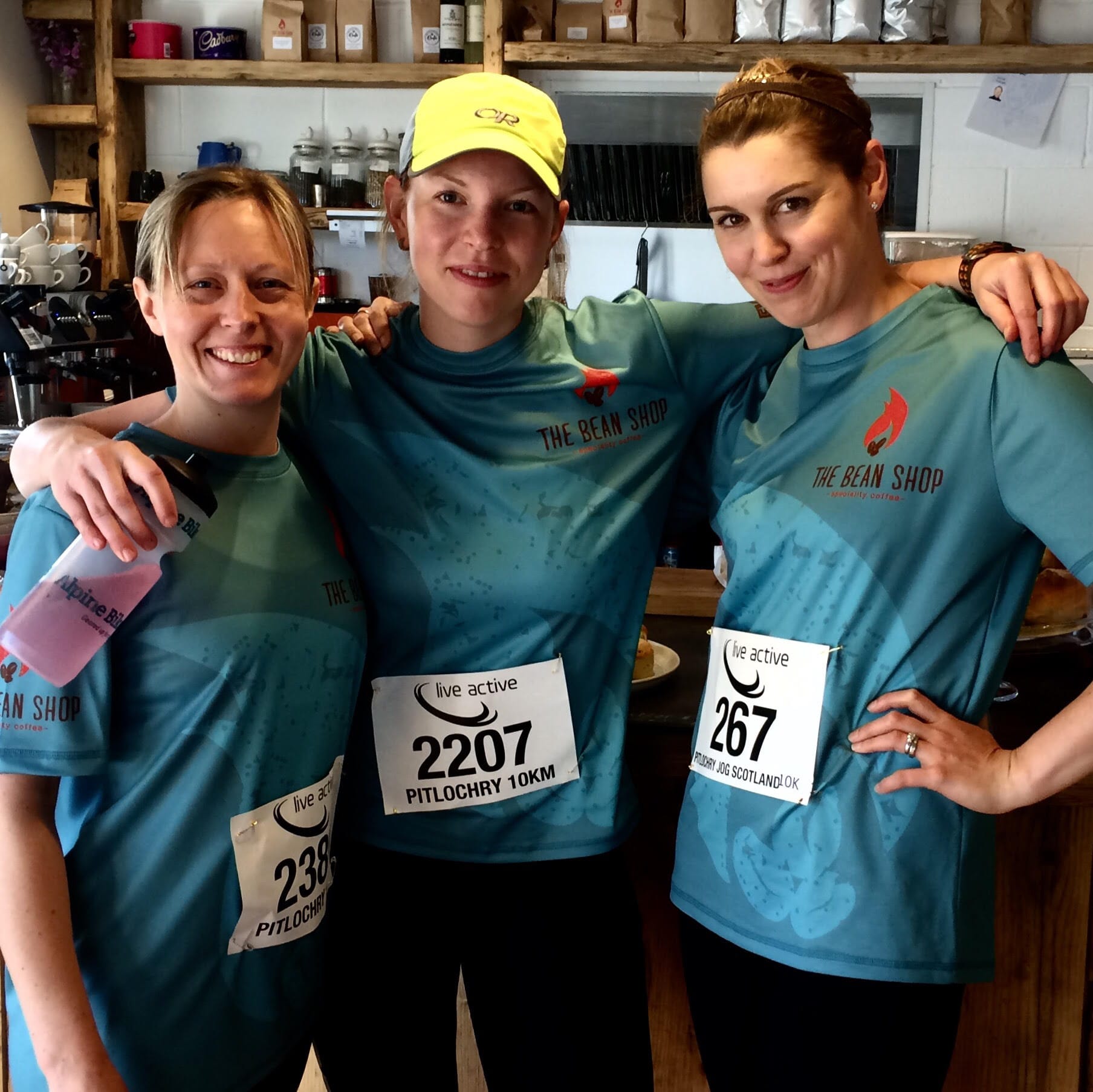 It will come as no surprise then to learn that most events have seen a rise in the number of entries from previous years.  Tracey Greer, Operations Manager for Highland and Strathearn is delighted with the ongoing success.

“We were particularly pleased with the great start to the Strathearn Aquathlon and the fact that the Pitlochry 10K creeps ever closer to the magical 500 figure!  It is hard work – there’s no denying it! – but each and every event has such a brilliant buzz around it that everyone ends the day smiling and happy.

As well as our fantastic volunteers and regular racers, we’re also seeing a great response from sponsors and we’re looking towards engaging more with local and national businesses to help grow the races again. Bring on 2017!”

Provisional dates for 2017 – please note these may change due to other events planned but we will endeavour to confirm them by the end of 2016: