Laura Muir has been announced as the overall Sports Personality of the Year in the Perth and Kinross Sports Awards, which were held on Friday 4th March 2022 at Perth Museum, George Street, Perth.

Phil Coleman, Community Sport and Partnership Manager for Live Active Leisure commented, “It is an honour to announce Laura as the PK Sports Awards Sports Personality of the Year winner. She is an outstanding athlete and after winning silver at the Tokyo Olympic Games in the 1500m, and being crowned Scottish Athletics athlete of the year, she is a fantastic choice for our celebration of homegrown sporting talent”.

An additional ten awards were presented to local sporting heroes including volunteers, coaches and athletes for efforts dating from 1st January to 31st December 20201.

The prestigious annual awards are run by Live Active Leisure in partnership with Perth and Kinross Sports Council and Friday’s event marked the first in-person ceremony since the 2018 Sports Awards were announced in March 2019.

Mr Coleman, continued, “Once again, the event highlighted the outstanding achievements and commitment of our local athletes, coaches, volunteers and sporting organisations. In what has been a challenging year for everyone, it was lovely to welcome guests and finalists to celebrate together in our first 'in-person' event for a couple of years. We look forward to a wonderful year of local sport in 2022.”

Winners of the 2021 awards are as follows:

1. Volunteer of the Year

Frazer has navigated Glenearn Badminton club through the Covid-19 pandemic and is credited with the club once again having strong turnout in junior and senior badminton sessions. Frazer played an active role in bringing free summer badminton sessions for young people, has led a club rebrand, refreshed club documents and acquired the John Grant Cup in memory of the club’s former President. He is a strong advocate for diversity and inclusion encouraging the club to be part of LGBTIQ+ inclusion initiatives as well as the Perth & Kinross Disability Sport Badminton Championships in November 2021 where Frazer and club members officiated almost 100 games. 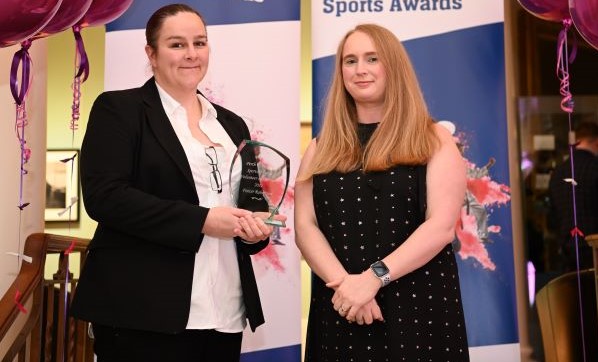 2. Chuck Hay Team of the Year 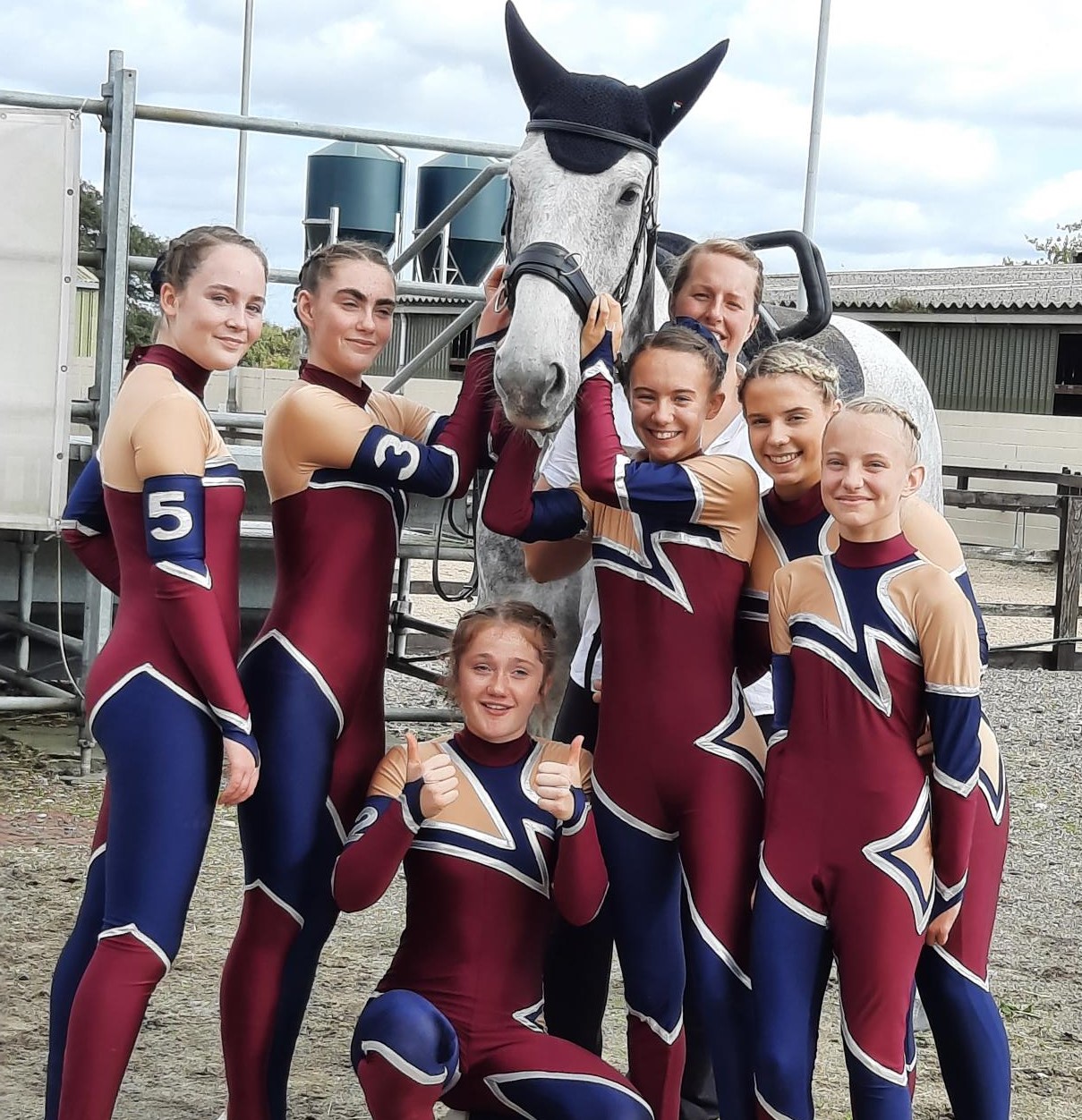 The award recognises the club’s historic Cup Double in the 2020/21 season when the Saints became only the fourth Scottish club to win both domestic trophies in a season. 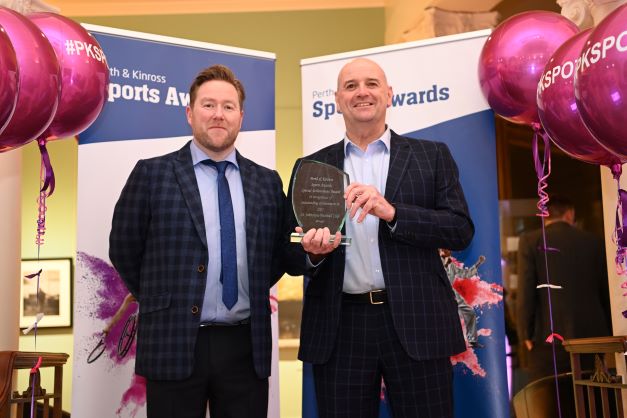 Anna has been a member of Perth City Swim Club for almost 10 years as a District swimmer and as a young poolside helper. Despite challenges by the pandemic and the closure of Perth pool, Anna was undeterred and completed her level 1 coaching course in 2021. Anna has great rapport with young swimmers and her soft but enthusiastic manner is a comfort and inspiring support to them. 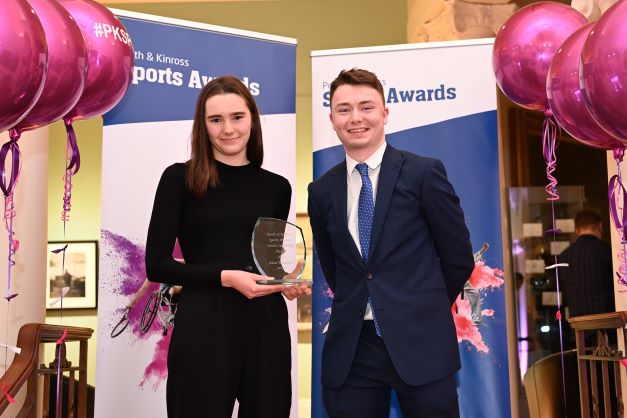 5. Disability Sports Personality of the Year

Lesley from Blairgowrie competed at the Tokyo Paralympic Games in the R8 (50M Rifle 3 Position Women SH1), finishing in 13th place, having qualified to compete just two months before, following three years out with major injury. 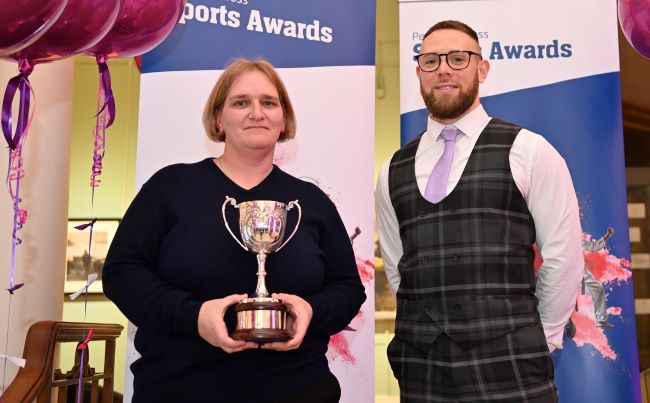 6. Young Sports Personality of the Year 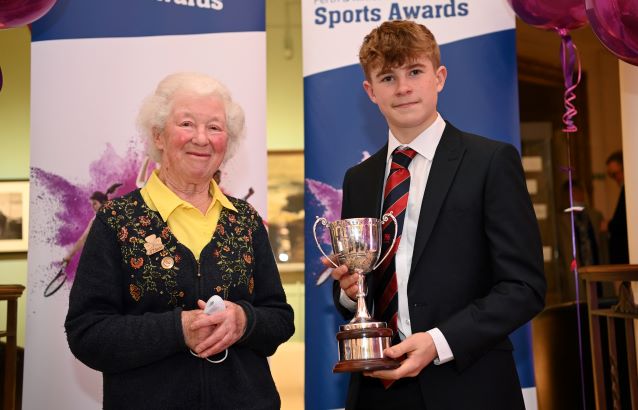 7. Veteran Sports Personality of the Year

Former Commonwealth Games athlete Dan travelled to Huelva, Spain this year to compete at the World Senior Badminton Championships, and picked up a silver medal in the mixed doubles event with fellow Scot Christine Black, in the 60+ age category. 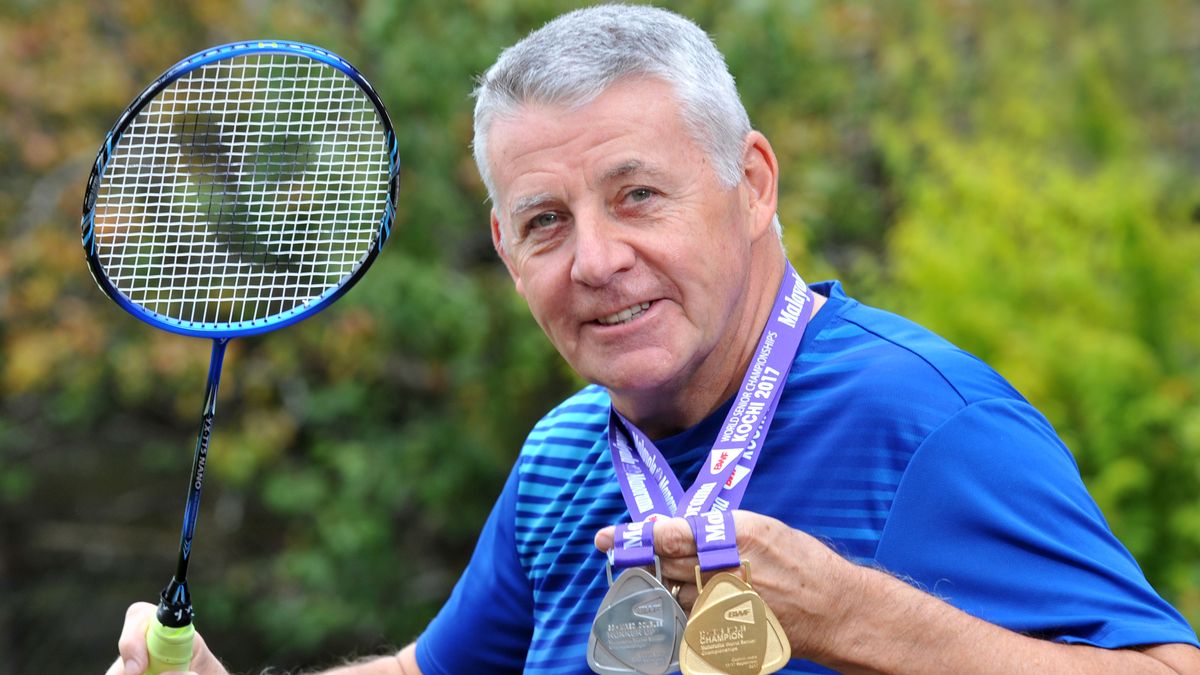 During 2021 Strathmore Junior section broke all previous records in membership numbers attracting 49 new members and taking total members to 94. The club work hard to keep costs low for families and have a club hire scheme in operation for growing youngsters, that has since been replicated by Scottish Golf to encourage more clubs to do the same. In 2021 71 golf club sets were hired out and coupled with free taster sessions, gave opportunities for local people to enjoy learning golf, and encouraging them to become club members. 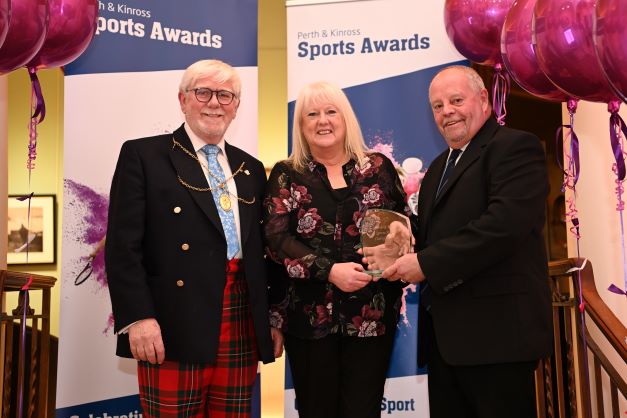 Project Forte is Salle Ossian Fencing Club's Changing Lives Programme, working with survivors of violence or trauma using fencing as a means to help rehabilitation of the mind and body.  Often following trauma, there is a dissociation between body and the brain and fencing provides a unique opportunity for survivors to reconnect with themselves and with others in a safe and supportive environment. The club have trained coaches so that they are knowledgable in trauma-led coaching best practice and have brought on additional staff in anticipation of post-covid demand. 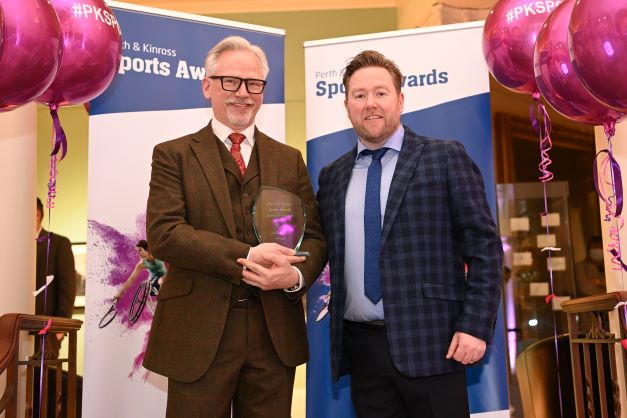 For 35 years, Atholl Henderson has shown outstanding commitment, dedication and enthusiasm. He is an all-round community champion whose passion has made a substantial contribution to football locally and nationally, has supported the personal development of thousands and has made a positive difference to the lives of other people. 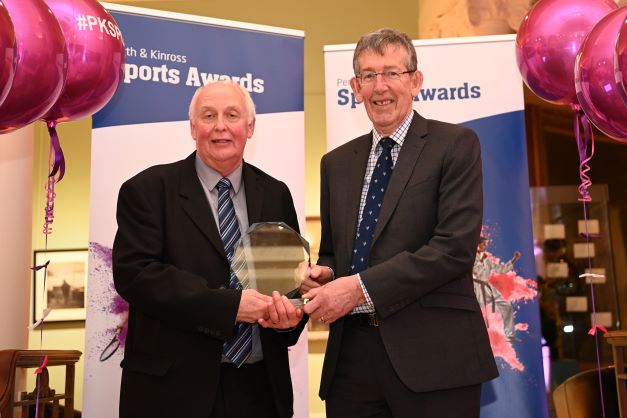 11. Sports Personality of the Year

In October 2021 Laura was crowned Scottish Athletics athlete of the year following an incredible year where she won silver at the Tokyo Olympic Games in the 1500m. Laura is the current British Record holder for outdoor 1500m and ranked in the world all-time top 15 for 1500m.

We use first and third-party cookies to give you the best possible experience on our website and for personalised advertising & social media monitoring.